In recent months I've had several seminary students contact me about papers they are doing on aspects of bivocational ministry.  It's always exciting to receive these calls because it's an indicator of a growing recognition of the value bivocational ministry brings to the church.  I've just received another one of those calls from a student who wanted to ask several questions.  As he worked down his list I realized he was asking a lot of the wrong questions.  He was asking some of the questions that too many people are still asking about pastoral leadership, and especially bivocational leadership.

One of his questions was, "If the pastor works in the church for 15-20 hours a week, who is at the church rest of the time?"  I responded, "Who says anyone has to be at the church rest of the time?"  In larger churches with seven-day-a-week ministries someone will be at the church every day, but most bivocational churches do not have those kinds of ministries.  In fact, the major ministry of a bivocational church won't happen inside the church building.  It occurs in the workplace, in the community, wherever the members gather and touch the lives of people with the gospel.  Having someone sit in a church office just in case someone wants to drop by is the mindset of a time that no longer exists.

Another wrong question often asked is "If our pastor has an outside job who will call on people in the hospital, respond to emergencies in the church, and do other pastoral duties while he or she is at work?"  This question assumes the pastor is supposed to do all these things.  The Bible (Eph. 4) assumes the role of the pastor is to equip the saints to do the work of ministry.  Many churches have found that one of the strengths of having a bivocational pastor is that more of the members are willing to do ministry because they realize that the pastor is not always going to be available.  If a church has 50 members and even half of them recognize that God has called them to minister to others, and has been trained to do so, that church is going to have a much more effective ministry than if everyone sits around waiting on the pastor to do everything.

A very popular wrong question that churches ask, especially if they are transitioning from having a fully-funded pastor to a bivocational pastor is "How much do we need to pay?"  Of course, the real question often is, "How little can we pay and still get someone?"  My answer is always "As much as you can afford."  I truly believe that one reason some churches find themselves dying is that they want to do everything as cheap as possible.  They want to pay their pastor the least amount they can, give little or nothing to missions, spend nothing on facility maintenance and upkeep, and nothing on ministry in their communities.  It's no wonder they can't attract new people.  Who wants to be a part of that kind of thinking?

The young man who called me seemed to be a very bright individual who will learn a lot about bivocational ministry through his research.  He told me of others he is calling as part of his project, and he will learn much more from them than he did from me.  It is my hope that as more scholars study bivocational ministry and publish their research that many of the misconceptions people have about this ministry will be changed.  Those of us currently serving in this role can help by challenging the wrong questions we hear people asking and helping them better understand bivocational ministry.
Posted by Dennis Bickers at 9:33 AM
Email ThisBlogThis!Share to TwitterShare to FacebookShare to Pinterest
Labels: Bivocational, bivocational ministers, small church

Excellent article! Thanks for putting this together. Often I think those who are considering bivocational ministry ARE asking the wrong questions, and we need to know what are the wrong questions in order to start asking the right ones. Bivos successfully in ministry for a few years are probably just the ones who can address those issues.

FYI...should have attached this to my previous comment. I linked your article on my website, as well, since it ties in exactly with what I am doing. (Hope that is alright with you. If not, let me know.)

Dennis Bickers
Since 1981 I have served as a bivocational pastor and a judicatory leader who works primarily with smaller churches. This blog is intended to provide information helpful to those of you who serve in such settings and those who work with them. 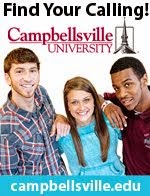 Shipping and handling charges for one book is $3.00. For all other quantities you will have to contact me before ordering as I will gladly combine shipping on quantity orders to save you money. If you wish to order 20 or more copies of a single title please contact me for bulk order pricing. I can only accept checks or money orders at this time. All items must be paid for before shipping. Make the check out to Bivocational Ministries and mail to Bivocational Ministries, PO Box 1113, Madison, IN 47250.

The Art and Practice of Bivocational Ministry

The Healthy Pastor: Easing the Pressures of Ministry 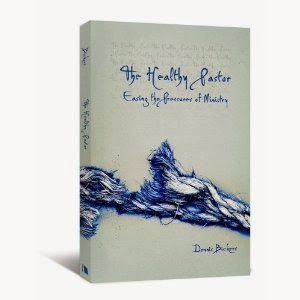 The Healthy Community: Moving Your Church Beyond Tunnel Vision 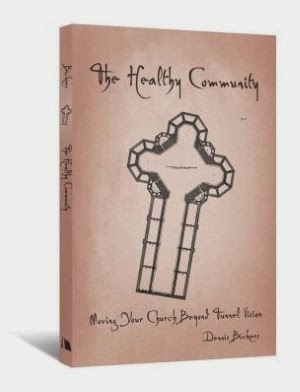 Intentional Ministry in a Not-So-Mega Church